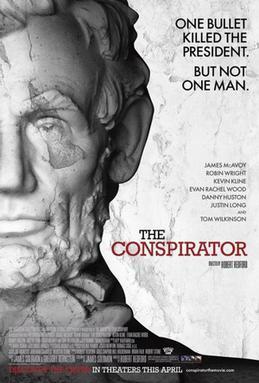 The Conspirator is a 2010 film directed by Robert Redford about the assassination of Abraham Lincoln and the trial of the conspirators. Robin Wright stars as Mary Surratt, whose degree of culpability has remained controversial ever since 1865. James McAvoy portrays Frederick Aiken, the lawyer assigned to defend her.