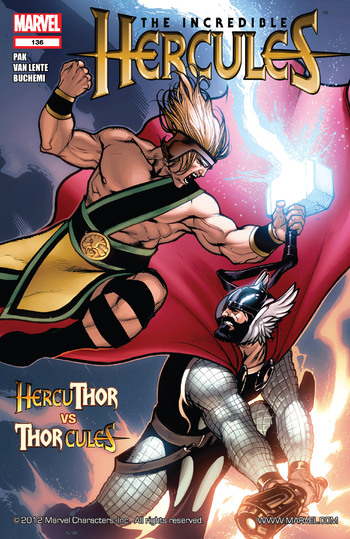 "Hahaha, Zag, I heard you got to Orpheus. He's got this whole entire ballad now about how you're really me— or maybe it's the other way around? I've no idea, haha!"
— Dionysus to Zagreus, Hades
Advertisement:

Gods are typically expected to have defined roles, characteristics and relations to one another. However, various circumstances can result in some of them being combined into one, perhaps even with a deity from a different pantheon.

This can happen for various reasons:

Related to All Myths Are True, Hijacked by Jesus and One Myth to Explain Them All. See also Amalgamated Individual.