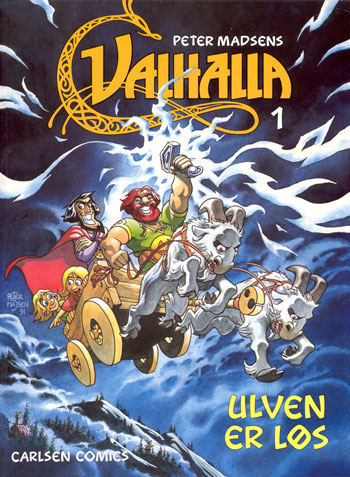 Valhalla is a Danish comic series by Henning Kure (script) and Peter Madsen (script and artwork) that chronicles the stories of the Norse gods in a mostly lighthearted and humorous way. It started out as a newspaper comic, the first story, Cry Wolf, being printed as a serial strip in the Danish newspaper Politiken in 1978 and then the following year being collected and reprinted in album format.

From 1979 to 2009, fifteen albums (and one animated feature by A. Film, released in 1986) were produced, during which all the major and most of the minor known myths are covered in one way or the other.