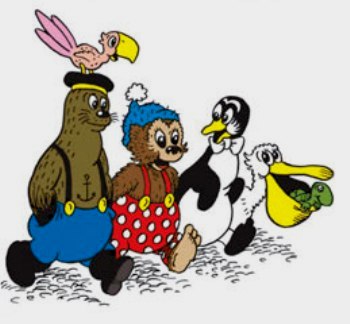 Rasmus Klump is a Danish text comic strip for young children, launched in 1951 by Carla and Vilhelm Hansen. The main characters are a bear cub, Rasmus Klump, and his friends Pingo the penguin, Pelle the pelican, Pilskaden the turtle and Captain Skæg the seal who travel around the world in their steam boat Mary.In anglophone countries also known as Bruin or Barnaby Bear.