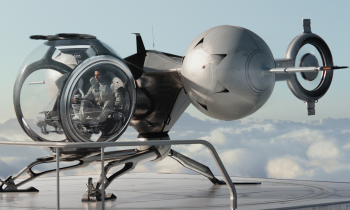 You have a ship! And it's cool! It's got The Captain, a Badass Crew, and maybe a Wave-Motion Gun and other cool stuff!

You can park it in the Elaborate Underground Base, but then, the whole point of it is that you can Travel Cool to places with it.

Well, that depends on the kind of ship or vehicle.

And there are other ships, that do not fold neatly into one of these categories. Please add only examples that do not fit in one here. (Such as falling into more than one. Or sailing through dimensions and the like.) If you're still not sure, consult the Travel Cool vehicle index.

If you're looking for a relation-ship, please see Shipping Tropes.

Ran by Captain Sasha Phyronix, the Starship Phoenix is the hub of the Galactic Ranger.

Ran by Captain Sasha Phyronix, the Starship Phoenix is the hub of the Galactic Ranger.