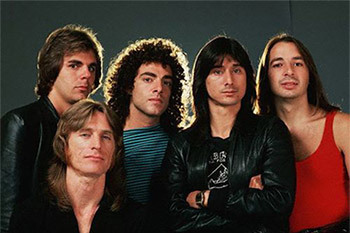 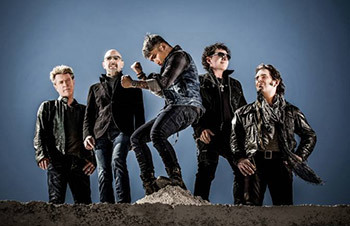 An American rock band formed in San Francisco in 1973. Initially a jazz-based progressive rock group with keyboard player Gregg Rolie as the lead vocalist, the label eventually requested they get a full frontman. Enter Steve Perry, and the band immediately shifted to a more commercial pop/rock sound. They went on to release a string of multi-platinum hits from the late seventies to mid-eighties. Along the way, they became one of the most popular rock and roll bands in America, and quite possibly the definitive Arena Rock group of the decade.

Ask anyone to name an '80s band and Journey will probably be one of the first names that pops out. Tuning in to any soft rock or easy-listening radio station gives you a roughly 80% chance of hearing one of their songs at any given moment.

The band still tours today with Arnel Pineda as the current lead singer and has enjoyed something of a renaissance in recent years. They hit a snag in 2020 due to lawsuits and countersuits involving Neal Schon, Jonathan Cain, Ross Valory, and Steve Smith, but all parties involved reached a settlement in 2021

, allowing the band to continue with a refreshed lineup.

Not to be confused with 3 video games of the same name, the 1983 one actually being based on one 'Frontiers' album. Then there's their "Escape"-based video game, Journey Escape.

The band has had many members over the years. Current members in bold:

"When the tropes, go down in the city":