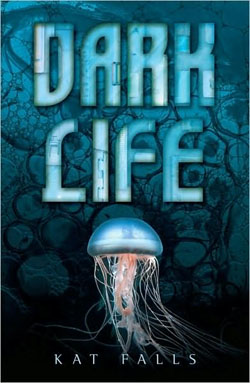 Dark Life is a series of books written by author Kat Falls. She describes it as a combination of Wild West Pioneers, the ocean, and the X-Men. There are currently two books, Dark Life (2010) and Rip Tide (2011).

It follows the adventures of Ty, an undersea pioneer, and his friend Gemma, a "Topsider" looking for her missing brother. Together, they explore the undersea wilderness, encounter a gang of outlaws, and find out some of the dark secrets of their world.