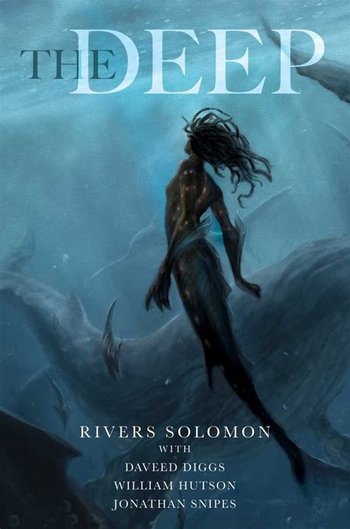 The Deep is a novella by Rivers Solomon, inspired by the song of the same name by clipping. The wajinru, a society of merfolk descended from pregnant women throw overboard from slave ships, live idyllic lives in the ocean, with the exception of Yetu. As the historian, she carries the wajinru's past, which is too traumatic to be remembered by everyone else, and the constant onslaught of other people's memories is destroying her. So during the Remembrance, a yearly event in which she gives the memories to everyone else for a few days, she flees to the surface.

The Deep contains examples of: