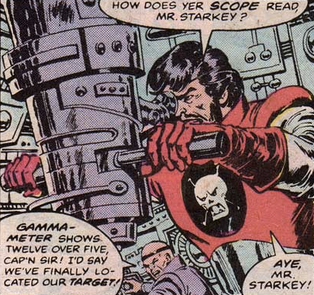 ...How is he seeing through that periscope with an eyepatch on?
Advertisement:

A Sister Trope to Sky Pirate and Space Pirate.

Submarine Pirates are pirates who have moved with the times and use a submarine as their vessel for attacking shipping (or in "underwater" works, other submarines, which makes them a bit more like Space Pirates). They may be Ruthless Modern Pirates or A Pirate 400 Years Too Late, depending on their personal style. They may wear a Creepy Old-Fashioned Diving Suit.