It Was His Sled 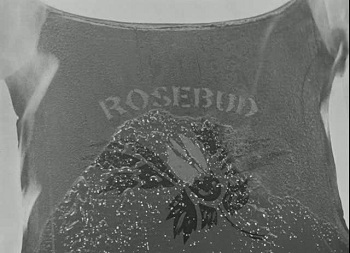 No, really, it was.
"It's his sled. It was his sled from when he was a kid. There, I just saved you two long, boobless hours."
— Peter Griffin discussing the Trope Namer from Citizen Kane, Family Guy
Advertisement:

A Plot Twist or Twist Ending that used to be guarded carefully as a Spoiler, but thanks to Popcultural Osmosis, everyone within the target demographic knows the twist already, even those who haven't even seen the show. It's probably never going to surprise anyone again. In many cases, the twist becomes the central fact known even to those only noddingly familiar with the work, and other adaptations take it as read from the beginning.

Naturally, any movie or series that is based on a historical event gets this by default. For example: "The Spartans all die" in 300, or "The ship sinks" for Titanic. It's a Foregone Conclusion.

Named after a line from Family Guy where Peter records the above quote over the best-known example of this trope, Orson Welles' film Citizen Kane (though Peanuts did a similar joke

Sometimes the work will be remade/adapted, and the ones responsible will know better. That's when they twist the twist itself, making it Not His Sled.

Compare Late-Arrival Spoiler, when marketing assumes the twist has already been spoiled.

We've made a game out of this! Head on over to Everybody Knows That.

To prevent accidental spoilerage, do not add any examples to this page.