It's the Same, Now It Sucks! 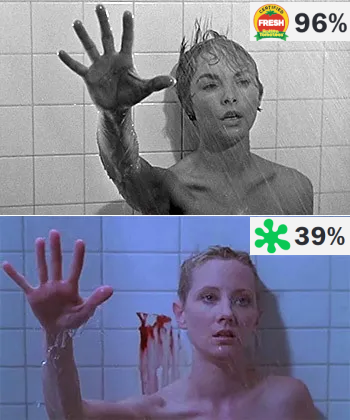 Just like They Changed It, Now It Sucks!, sometimes the complaints of the fans are legitimate, in that trying to hold onto the past gameplay can become a fundamental flaw. It's also important to note that this will happen to people who are usually not fans of the work in the first place, yet expect it to be radically different sometimes to the point of when they lose the original fans. People who aren't fans of the work will typically pull this argument specifically because they do not notice the differences in between individual works and have a very minimalistic view of genres or series as a whole. It can and often is also a major source of Seasonal Rot, as continually repeating a formula usually leads to diminishing returns that usually culminate in something that is widely disliked.