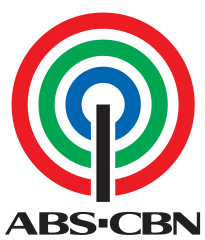 "In the service of the Filipino Worldwide".
ABS-CBN is the largest media conglomerate in the Philippines. They own the movie studio Star Cinema as well as the ABS-CBN TV channels, among other things.
Advertisement:

The company was formed in 1967 through a merger between two companies, Alto Broadcasting System (ABS) and Chronicle Broadcasting Network (CBN), though its origins can be traced as far back as on June 13, 1946, just after World War II and a month before the Philippines was granted independence, when an American radio engineer named James Lindenberg

to try their hand at television broadcasting, renaming BEC to Alto Broadcasting System and started airing test broadcasts on September 1953.

They were forced to cease operations in 1973 following the Marcos dictatorship—ABS' flagship station was seized from the Lopezes and became Banahaw Broadcasting Corporation (BBC-2, not to be confused with the other BBC in the UK), a state-run network bankrolled by oligarch and Macros crony Roberto Benedicto

. BBC-2 ran for thirteen years from 1973 up to the People Power Revolution in 1986, where reformist troops captured the station amidst the ensuing turmoil and sabotaged the transmitter which was supposed to be airing Marcos' inauguration from Malacañang Palace. ABS-CBN then resumed operations in September 1986.

On February 10, 2020, the solicitor general's office filed a petition at the Supreme Court to end ABS-CBN's franchise due to allegations of foreigners involved in the company's ownership, though several journalist organizations and groups contend that this is politically motivated by the Duterte administration.note Duterte previously made strongly-worded threats to shut down ABS-CBN which watchdog groups believe may have something to do with Duterte's outbursts over an election ad controversy during the campaign leading up to the 2016 Philippine presidential election, where campaign ads by rival politician Antonio Trillanes were allegedly favoured over Duterte's. It didn't help that Duterte and his allies were close to the Marcoses. On May 5, 2020, the National Telecommunication Commission ordered ABS-CBN to cease broadcast operations after Congress failed to renew its operational license. ABS-CBN had no choice but to comply the order with TV Patrol as the last show to sign off, making it the first time since 1972 for the station to shut down.

Needless to say, journalists, celebrities and even arch-rival GMA Network took great umbrage at what was seen as a draconian, inconsiderate and underhanded move by the government, contending that not only did it stifle freedom of journalism and expression, but it put the livelihoods of those affected by the shutdown in jeopardy especially in light of the COVID-19 pandemic, as well as affecting coverage of 2020 typhoon season, resulting in difficulties with which residents and authorities from remote provinces are unable to get updates on the typhoon's onslaught as ABS-CBN was the only station they had clear access to; internet access wasn't an option either due to intermittent signals in said regions. On July 10, 2020, the House committee formally rejected the franchise renewal of ABS-CBN with 70 members of the Congress voted for denial while 11 voted for renewal. The verdict unsurprisingly led to massive outcry both from the public (75 percent called for a franchise renewal in a survey), and from ABS-CBN staff and cast members. Other artists and even rival network GMA commiserated, knowing how the shutdown set a dangerous precedent over freedom of journalism and expression of dissent.

ABS-CBN is notable for producing a lot of telenovelas of the pink variety, but has also produced other kinds of shows, such as edutainment shows back in The '90s, the variety series It's Showtime and the animated series The Nutshack, which aired on Myx TV. (also owned by ABS-CBN) The company also licenses thousands of content from all over the world.