Series / Got to Believe 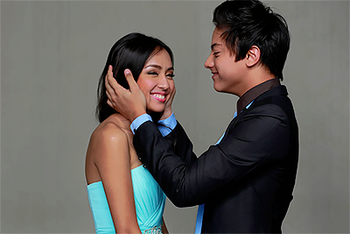 "Believe in the magic of love."

Got to Believe is a Philippine romantic comedy series starring Kathryn Bernardo as Cristina Carlota "Chichay" Tampipi, whose family struggles financially following the forced shutdown of their carnival due to an abundance of debts. To help them, she finds herself working as the nanny of Joaquin Manansala (Daniel Padilla). Drama ensues after she is given a scholarship in Malaya University (his school) and they fall in love, just as his mother discovers that Chichay's is her husband's ex-girlfriend.