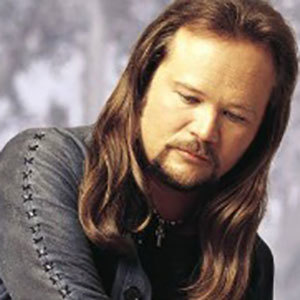 James Travis Tritt (born 1963) grew up in Marietta, Georgia, performing locally before putting together a demo tape that was submitted to Warner (Bros.) Records. Under their contract, he was to record six songs, and would not be signed for a full album unless one of the six became a hit. That first song, "Country Club", went on to become a Top 10 hit, and led off his album of the same name. Throughout the 1990s, he had a string of five consecutive platinum albums, which were dominated by his Signature Style: impassioned, lush ballads such as "Anymore", "Foolish Pride", and "Can I Trust You with My Heart"; twangy traditional honky-tonk such as "The Whiskey Ain't Workin'" and "I'm Gonna Be Somebody"; and hard-driving Southern rock such as "Put Some Drive in Your Country" and "T-R-O-U-B-L-E". Unlike his contemporaries, he wore long hair and didn't sport a cowboy hat, and many critics noted his ability to shift seamlessly between such styles.

Although his style became somewhat outmoded after the Turn of the Millennium, he continued to record, switching to Columbia Records for a trio of albums between 2000 and 2004. The first of these saw a momentary resurgence with the ballad "Best of Intentions" and the iconic "It's a Great Day to Be Alive", but the rest fared poorly. Tritt's last album was The Storm, issued in 2007 on Category 5 Records, which closed soon afterward.

Tritt is a frequent collaborator of country/bluegrass musician Marty Stuart, most famously on their 1991 duet "The Whiskey Ain't Workin'". He has also worked with Little Feat, Mark O'Connor, Patty Loveless, and Bill Engvall among others.