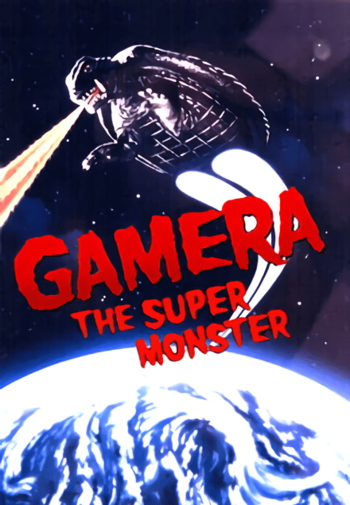 Gamera Super Monster is the last of the Showa Gamera movies, and is infamous for relying heavily on footage from not only the previous films, but other films like Galaxy Express 999 and Star Blazers. The plot concerns war-loving aliens from the distant planet Zanon invading the earth with an army of monsters (Gamera's previous opponents). To wipe out a trio of peaceful alien women living in secret amongst humanity, Zanon sends down their own alien babe to exterminate them. When young Keiichi explains to the three spacewomen about the legendary Gamera, they press him into action as earth's last chance against Xanon and their destructive monsters.