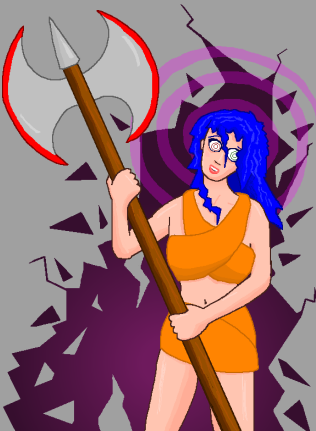 Ax-Crazy in this case.
Art by Geoduck.
"Have you ever had someone take your brain and play? Take you out and stuff something in? You know what it's like to be unmade?"
— Hawkeye, The Avengers
Advertisement:

Please do not add Real Life examples here. It is sufficient to say they do exist.