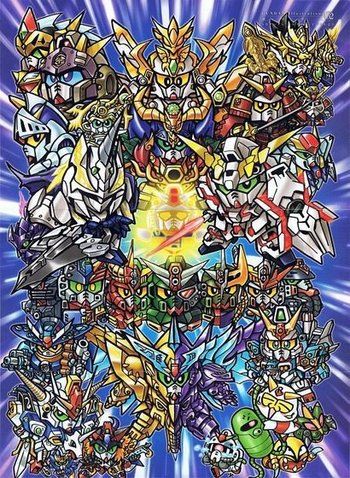 First released in 2011, SD Gundam Ultimate Battle is a Cardass series that's a Crisis Crossover between multiple works throughout the SD Gundam franchise.

After the Legendary Giant incident, several warriors from different time periods begin to appear in the Kingdom of Lacroa and fight each other. What at first looks like a battle of defense would later turn up to be a battle Knight Gundam has never seen before.