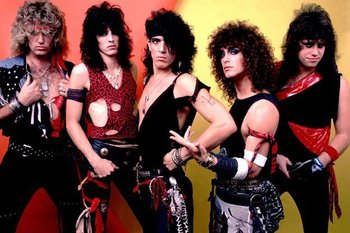 Ratt are an American Hair Metal/Hard Rock band from San Diego, California. They are best known for their 1984 hit single, "Round and Round," from their debut full-length album Out of the Cellar.

"The following tropes really want to lay it down, right now.":