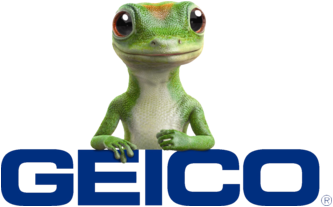 GEICO’s advertising campaigns are well known for using strange off-the-wall or satirical humor, usually to reinforce an advertising slogan. GEICO has several mascots, the most famous of which is Gecko, the cute anthropomorphic lizard known for his trademark Australian Accent. Following the Gecko are the racially offended cavemen, Kash, the creepy stalking wad of cash with googly eyes, Michael McGlone, the Film Noir spokesman who asks rhetorical questions with the same answer to “Can GEICO really save you 15% or more on car insurance?” and lately Maxwell the Pig has cropped up in a slew of commercials as well (debuting in one of Mcglone's commercials, as a matter of fact).

, where you can watch some of their commercials online.