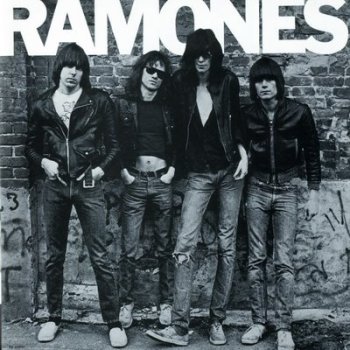 They're forming in a straight line. They're going through a tight wind. The kids are losing their minds. Blitzkrieg Bop!.
Advertisement:

Ramones is the debut studio album by The Ramones, released in 1976. Although not very successful at the time, it's since become one of the most influential records in Punk Rock and considered one of the Ramones' finest outings. Fan favourites are "Blitzkrieg Bop", "Beat on the Brat", "I Wanna Be Your Boyfriend", "Now I Wanna Sniff Some Glue" and "53rd & 3rd". The album was added to the National Recording Registry in 2012 for its cultural, historical and aesthetical value.

Now I Wanna Sniff Some Tropes: