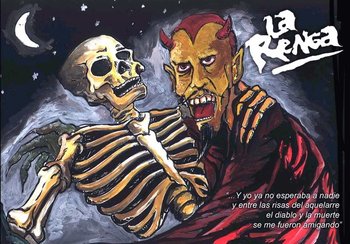 The band was created in 1988 and released their first album in 1991, "Esquivando charcos". It was a self-published album, and they made just 100 copies that were distributed in the concerts. The second album, "A dónde me lleva la vida", was published by Polygram, allowing for a massive distribution. It was a success, followed by the live album "Bailando en una pata". This album featured the songs of the first album, which were thus first available for the mass public. They released several more albums since then, and became a highly popular and influential band.