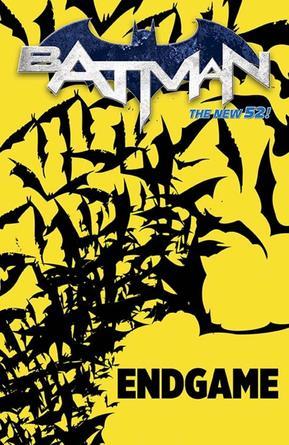 Fresh off the heels of Death of the Family, Batman's still fighting the good fight and protecting Gotham City, even as a new type of Scarecrow toxin makes him hallucinate visions of his own death. But from out of nowhere comes a fight he never expected: the Justice League, who are inexplicably out for his blood and hunting him down personally.

Who's responsible? An old enemy, crawling out of the shadows and more powerful than ever before, with a new purity of purpose. Who wants nothing else apart from Gotham destroyed once and for all and Batman dead, no matter what it takes. As Gotham tears itself apart, Batman is forced to rely on his wits, his strength, every ally he's made so far and more than a few of his demons to stop this final threat.

This is going to be the big one.