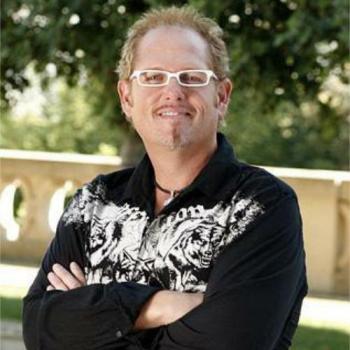 When you think about me
Do you think about comedy?
Silly videos on TV
Like "Great Day to be a Guy"
You might not like parodies
But they're funny as hell to me
All the way back to "If Shania Was Mine"
Cledus T.
—Chorus to "Cledus T." (parody of "Springsteen" by Eric Church)
Advertisement:

Judd started humbly on Razor & Tie with a self-titled album that got little attention. 1996's I Stoled This Record proved to be his breakthrough on CMT, with popular videos for "If Shania Was Mine" (Shania Twain's "Any Man of Mine") and "She's Got a Butt Bigger Than the Beatles" (Joe Diffie's "Bigger Than the Beatles"), which helped the album sell gold even though none of the singles charted.

Judd continued to make hit videos through the early 2000s. In 2000, he moved from Razor & Tie to Monument Records. The label closed right after the 2003 EP A Six Pack of Judd, so he moved to Audium Records for a second EP, The Original Dixie Hick (a parody of the Dixie Chicks' Creator Killer moment at the beginning of the year).

Audium closed after 2004's Bipolar and Proud, so Judd moved to Curb in 2007 to release Boogity, Boogity — A Tribute to the Comedic Genius of Ray Stevens, which had several duet partners teaming up with him to cover the country comedian's songs. He moved to E1 for the mostly-forgotten Polyrically Uncorrect in 2009, then joined Warner (Bros.) Records for his 2013 album Parodyziac!!

Besides his music, Judd appeared as a correspondent on Nashville Star and a contestant on Celebrity Fit Club. He has also doubled as a radio host since 2008.