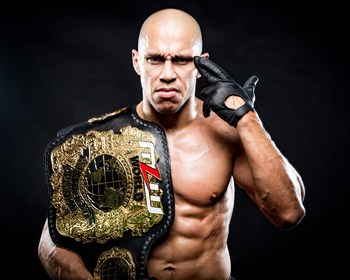 Low Ki (real name Brandon Silvestry, born September 6, 1979) is an American professional wrestler that's worked primarily in the indies, most notably Ring of Honor, though his first break came from the Long Island Wrestling Federation when he won their Light Heavyweight title. He has also had turns in England's Frontier Wrestling Alliance and TNA as Low Ki, later Senshi and WWE as Kaval. His last major run was working in New Japan Pro-Wrestling, where he is a three time IWGP Junior Heavyweight Champion. In June 2013, he stopped wrestling full time to pursue a career in voice acting due to an injury, though he eventually returned to the ring on a somewhat regular basis and regained TNA's X Division Championship belt in 2014.