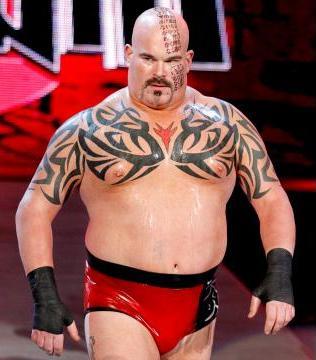 After briefly playing in the National Football League for the San Diego Chargers, Bloom became a schoolteacher. After rewarding his most apt students with a trip to a professional wrestling event, Bloom, who as a child had aspired to wrestle professionally, met wrestler and wrestling trainer Killer Kowalski and expressed an interest in learning how to wrestle. Kowalski invited Bloom to attend his school, and Bloom opted to leave teaching and train as a wrestler. Bloom started out in the independent circuit wrestling notable names such as Sgt. Slaughter, Bart Gunn, Shawn Stasiak, and Jerry Lawler, under both his real name of Matt Bloom and as Baldo, a gimmick that saw him wear a fur rug to the ring.

After being introduced to talent scouts by George Steele, Bloom was hired by the WWF. He debuted on WWF television on April 1999 on an episode of Sunday Night Heat as the personal tattooist of Droz, saving him from a beating at the hands of Big Bossman. Bloom was dubbed Prince Albert, and together with Droz they formed a short-lived tag team until Droz was paralyzed in October 1999, at which point Albert became the protege of the Big Bossman. The duo separated following the debut of Bull Buchanan, who formed a tag team with the Big Bossman.

In March 2000, Bloom, now known simply as Albert, was recruited by Trish Stratus to form a tag team with Test. The tag team, known as T&A, competed in the tag team division throughout 2000, feuding with rival tag teams such as The Dudley Boys and the Acolytes (Farooq and Bradshaw). In December 2000, the team split. In April 2001, Albert formed a stable called X-Factor with Justin Credible and X-Pac (of X-Pac Heat fame). On June 28, he defeated Kane with help from Diamond Dallas Page to win the Intercontinental Championship, his first WWF championship and his most notable singles title. Albert later lost it to Alliance member Lance Storm on July 23. Afterwards, Credible left X-Factor and joined The Alliance, and Albert and X-Pac continued X-Factor as a tag team until November, when X-Pac was sidelined with an injury. In late 2001, Albert was nicknamed "The Hip Hop Hippo" as he began teaming with Scotty 2 Hotty. Upon the introduction of the Brand Extension, both Bloom and Hotty were assigned to the SmackDown! brand. They disbanded on April 2002 after Albert attacked Scotty after the duo failed to defeat Billy and Chuck for the World Tag Team Championship.

Subsequently, he spent much of his time on Velocity until December 2002, when he joined forces with Paul Heyman and The Big Show, which saw Heyman persuade him to rename himself to A-Train and debut new attire, the latter of which saw fans often chant "Shave your back!" at him during his matches due to his hairy torso. A-Train and Big Show lost a handicap match to The Undertaker at WrestleMania XIX, after which A-Train continued the feud, culminating in a match at SummerSlam, that A-Train lost, and at Survivor Series, was on Brock Lesnar's team in a ten-man Survivor Series match, where he was eliminated about 30 seconds into the match. His appereances became less sporadic afterwards, before being sidelined with a torn rotator cuff and released from his WWE contract on November 2004 before he could return from said injury.

In March 2005, Bloom began wrestling for the Japanese All Japan Pro Wrestling promotion, adopting the ring name Giant Bernard. However, by January 2006, Bloom had left AJPW and joined the rival New Japan Pro-Wrestling promotion. In April 2006, he defeated Yuji Nagata in the finals of the 2006 New Japan Cup. As a result of his victory, Bloom received a shot at the IWGP Heavyweight Championship, unsuccessfully challenging IWGP Heavyweight Champion Brock Lesnar on May 3. In July 2006, following the vacation of the IWGP Heavyweight Championship by Lesnar, Bloom entered a tournament for the title, losing to Hiroshi Tanahashi in the tournament final. In August 2006, Bloom took part in the 2006 G1 Climax Tournament, losing to Hiroyoshi Tenzan in the semifinals.

Bernard would go on to win IWGP Tag Team Championship once with Travis Tomko, with whom he won the 2007 G1 Tag League. In 2009, Bernard and the rest of Great Bash Heel stable he was part of, left to join Shinsuke Nakamura and form a new stable known as Chaos. Bernard formed the tag team Bad Intentions with Chaos partner Karl Anderson and together the two of them went on to win that year's G1 Tag League after defeating Apollo 55 (Prince Devitt and Ryusuke Taguchi) in the finals of the tournament on November 1. However, it wasn't until after getting kicked out of the stable altogether in April 2010 and turning face that they successfully captured the IWGP Tag Team Championship on June, held them for over a year and a half, and became arguably the greatest gaijin tag team in New Japan's history. On January 4, 2012 at Wrestle Kingdom VI in Tokyo Dome, Bad Intentions lost the IWGP Tag Team Championship to Tencozy (Hiroyoshi Tenzan and Satoshi Kojima), ending their record-setting reign at 564 days. Shortly after their reign ended, Bernard left NJPW to return to WWE.

On April, Bloom made his WWE re-debut as a heel Wrestling Monster, Lord Tensai. In the following weeks, Tensai went on a winning streak, scoring pinfall victories over lower card wrestlers and even main stars including John Cena and WWE Champion CM Punk. He soon dropped the "Lord" portion of his ring name and his Japanese outfit worn during his entrance, remaining just Tensai. Following this, Tensai began losing much more frequently throughout the rest of 2012, beginning with Cena ending his winning streak, before he started to suffer loses to the likes of Sheamus, Tyson Kidd, Randy Orton, and Ryback. By December, Tensai was reduced to a comedy act, being forced to wear women's dresses and getting squashed by Santino Marella.

Towards the end of January 2013, Brodus Clay would come out to support Tensai, which eventually turned Tensai face, forming a tag team with Clay called Tons of Funk, with Tensai being referred to now by the name Sweet T. They were scheduled to have a eight-person mixed tag team match alongside The Funkadactyls (Cameron and Naomi) against Team Rhodes Scholars (Cody Rhodes and Damien Sandow) and the Bella Twins at WrestleMania 29, but their match was cut due to time constraints, with the match instead taking place the following night on Raw, where Tons of Funk and The Funkadactyls emerged victorious. In November 2013, Tons of Funk began to show signs of instability once Clay started a storyline where he became angry and jealous of the debuting Xavier Woods. As Clay began to exhibit more heel-oriented tendencies, such as repeatedly attacking Woods after he had defeated Woods in a match, Sweet T and the Funkadactyls slowly became alienated from him, eventually resulting in them leaving him, and to Sweet T defeating Clay on their eventual blowoff match.

After Tons of Funk disbanded, Bloom was taken off television and, in January 2014, began working in WWE's developmental territory NXT as a commentator under the new name Jason Albert. On August, Bloom announced his retirement from in-ring competition and that he would begin working as a trainer in the WWE Performance Center, resuming his teaching profession. On March 2015, Bloom was promoted to NXT head trainer following the departure of Bill DeMott.