Made in Country X 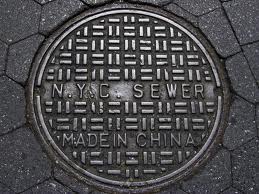 Overseas products and works have a (sometimes unfair) reputation of being utter crap, as they tend to have looser (or nonexistent) quality assurance standards, are made by underpaid, overworked laborers, and are composed of even cheaper raw materials. Depending on the time period, the country in question will shift, but it's generally a Second/Third world country. People from these countries often joke about their products as a form of Self-Deprecation.

On the other hand, certain countries boast high quality products stemming from their superior work ethic and/or starting materials (only the best, hand-picked Whatevers for Product Awesome).

A Sub-Trope of Public Medium Ignorance. The Super-Trope to Operator from India and It's Cuban.

Examples of "Terrible Art and Products are Made in Country X"

Examples of "True Art and Products are Made in Country X"

RULE #1 OF THE 21ST CENTURY: Everything is made in China. No exceptions. MADE IN CHINA

Alternative Title(s): Made In China