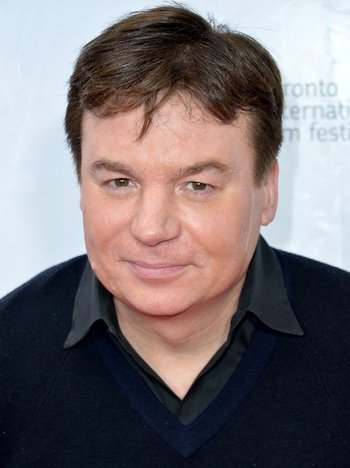 "I came out wanting to be an actor. From my first view of the world, that's what I wanted to be. I'm made of ninety-nine percent ham and one percent water. I was just cooked that way!"
Advertisement:

Michael John Myers OC (born May 25, 1963) is a Canadian actor, comedian, singer, screenwriter, and film producer born in Scarborough, Ontario; best known for his run on Saturday Night Live from 1989 to 1995 and for playing the title roles in the Austin Powers and Shrek series of films.

Not to be confused with the fictional character, Michael Myers.

The masters at work.

The masters at work.