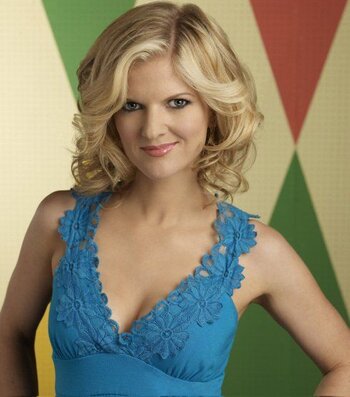 Arden VanAmringe Myrin (born December 10, 1973 in Little Compton, Rhode Island) is an American comedian and actress. Originally trained as a dramatic actress, she began studying improv comedy after an internship on Late Night with Conan O'Brien. A few years afterwards she landed a regular role on the Fred Savage-led sitcom Working (1997). Subsequently she spent time in the cast of MADtv for the last four seasons of its Fox run and has also had major roles in Insatiable and Satanic Panic (2019).