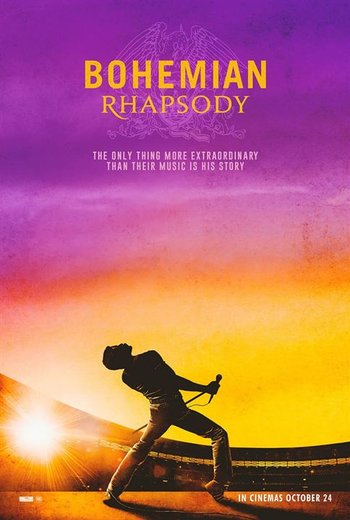 Bohemian Rhapsody is a 2018 biopic concerning the life of singer Freddie Mercury, focusing primarily on the 15-year period from the formation of the band Queen in 1970 up to their performance at Live Aid in 1985, six years before Mercury's death. It was initially directed by Bryan Singer, who was fired late into production. The remaining work was handled by Dexter Fletcher. However, only Singer is credited in accordance with Directors Guild of America rules. note Fletcher is credited as an executive producer.

This film holds the distinction of being the final home media release by 20th Century Fox prior to its purchase by Disney.

"It's my party, and I demand you trope!"