Music / A Night at the Opera 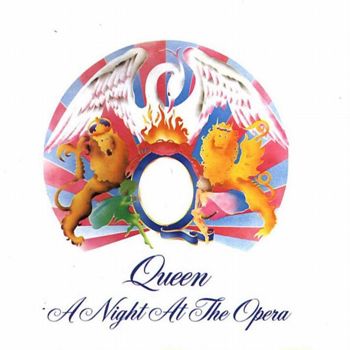 Take care of those you call your own and keep good company.
Advertisement:

A Night at the Opera is the fourth studio album by Queen, released in 1975—and yes, it is named after the famous The Marx Brothers film. Often cited as the most expensive album ever made at the time, with overdubs, vocal harmonies, and effects that resulted in it taking four months to record at seven studios, the album takes its "No synthesizers" claim and milks it for all it's worth. It's best known for the hit singles "Bohemian Rhapsody", "You're My Best Friend", "I'm In Love With My Car", and "Love Of My Life". A documentary about the creative process behind the making of this album can be seen in the Classic Albums TV documentary series.

Are these the real tropes? Are they just fantasies?