"Days of the Week" Song 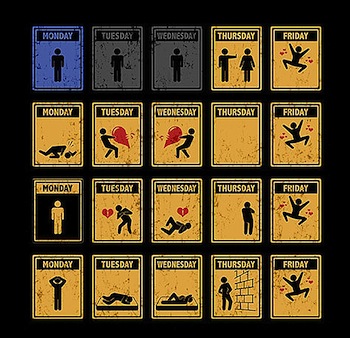 It's "Friday, I'm in Love." By The Cure.
"Yesterday was Thursday, Thursday, to-day it is Friday, Friday... Tomorrow is Saturday, and Sunday comes afterwards..."
— Rebecca Black, "Friday"

A List Song (or poem) that lists the days of the week. Typically, it'll list all seven of them, saying a little something about each of them.

Specific days of the week