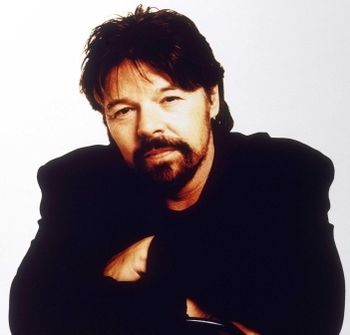 Robert Clark Seger (born May 6, 1945) is an American rock singer and musician who began his career in the 1960s playing in the Detroit area. Although Seger has achieved plenty of success nationally, he is far more famous and well known in his home state of Michigan and surrounding states, where he enjoys a near-Springsteenian iconic status.

Seger scored his first big national hit in 1969 with "Ramblin' Gamblin' Man" but otherwise remained strictly a local favorite until 1976 and the release of Live Bullet, a concert album recorded over two nights at Detroit's Cobo Arena. Regarded by many as one of the greatest live albums of all time, Live Bullet reached the national chart and produced a radio staple with "Turn the Page". Night Moves, a studio album released later the same year, was an even bigger hit and gave Seger his first national Top 10 single with its title track. Subsequent albums, including Stranger in Town and Against the Wind, spawned more hits, and Seger has continued to enjoy considerable success over the subsequent decades.

Seger's Signature Song is "Old Time Rock and Roll," which is perhaps best known as the song that played during the famous scene of Tom Cruise dancing in his underwear in the movie Risky Business. Another of his songs, "Like a Rock", was employed for several years as a jingle for Chevrolet's truck commercials. However, his only #1 Billboard hit is "Shakedown," the theme song of Beverly Hills Cop II, which was nominated for the Academy Award for Best Original Song.

Not to be confused with folk musician Pete Seeger.

"Just take those old tropes off the shelf..."