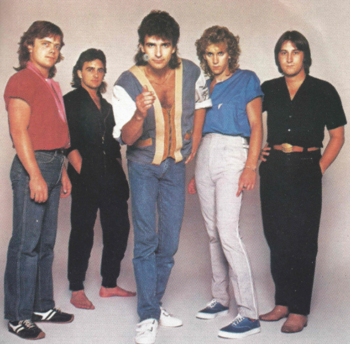 Saga is a Canadian Progressive Rock band that formed in 1977 in Oakville, Ontario. They were known in their early days as "Pockets".

Their most well-known songs include "On the Loose", "What Do I Know", "Cat Walk" and "Wind Him Up".

Not to be confused with the video game or the comic book of the same name.

Tropes Applying to the band Saga.