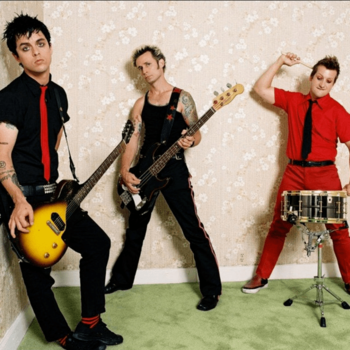 Commonly found in rock-and-roll lineups, a rock trio is a band of three members: the lineup is typically one playing guitar, one playing bass and one playing drums. The rock trio is essentially rock and roll with a bare minimum of musicians, with one member, usually bass and (almost) never drums, doubling on vocals and the guitarist doubling the rhythm and lead parts. The rock trio is thus commonly found in bands that stick to Three Chords and the Truth, though the format had its roots in bands that were more experimental with their music.

The rock trio took off in the 1960s thanks to developments in amplifier technology that allowed for the volume of guitars and bass to increase. From there, the format was popularized in the blues-rock and hard rock genres before spreading to prog rock in the 1970s and falling in popularity in the early 1980s. In this first wave, the format was commonly used by bands that engaged in long, intrinsic improvised solos and bombastic jam sessions. This version of the rock trio contributed heavily to the development of heavy metal, especially power metal. Some bands at this time (i.e. Led Zeppelin, Black Sabbath) took a "3+1" approach, having a core rock trio with a fourth on vocals. Prog rock also introduced a variation that swapped the guitar for a keyboard (i.e. Emerson, Lake & Palmer), while keeping the same general idea.

After the original wave fell out of favor, the format was later adopted by punk rock and grunge bands in the late 80s and throughout the 1990s, finding the stripped-down ensemble to fit perfectly with their stripped down approach to music. Several notable punk bands from this time still exist today. The rock trio also continued to remain popular in progressive rock, though prog as a whole was in a down period at this time. Today, the rock trio continues to be used in all varieties, as well as in bands that use it as their core while adding supporting instruments and a dedicated vocalist.

but that name is already used as a trope. Not coincidentally, the rock trio is itself a subtrope of our Power Trio. Musically, it could be compared to a Freudian Trio in that the drums focus on the beat (Superego), the guitar focuses on the melody (Id) and the bass reconciles the two (Ego), though this says nothing about the personalities of the musicians themselves. Despite the name, the rock trio is not strictly limited to rock bands: Several pop and metal bands have taken the general idea of the format and made it work.

Note that many rock trios often add "touring" musicians for live shows, especially on second and subsequent tours. Typical choices are a second guitarist to handle the parts created by overdubs by the principal guitarist in the studio or a keyboard player to handle song elements that can't be recreated live by the basic setup. A multi-instrumentalist who can switch from guitar to keyboard to a wind instrument is also a common choice. These touring members often contribute additional percussion and backing vocals to tracks where additional instrumentation isn't required. Sometimes touring members become official members at a later stage leading to the band evolving beyond the rock trio concept.