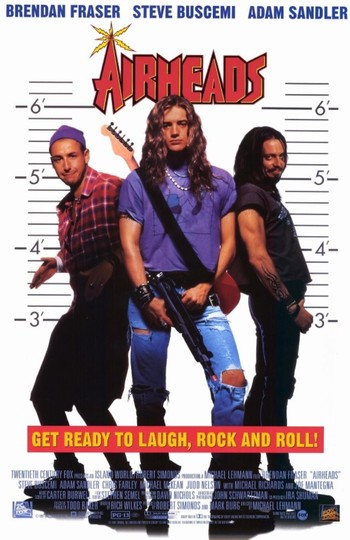 "Do you know what it's like to be on the bill and play for 15 minutes, and have nobody there to see you except for the other bands and their girlfriends? Don't talk to me about rock and roll! I'm out there in the clubs and on the streets living it, I AM ROCK AND ROLL!"
—Chazz Darby
Advertisement:

A 1994 comedy film directed by Michael Lehmann (Heathers) and starring Brendan Fraser, Steve Buscemi, and Adam Sandler as three band members hoping for a big break head to a radio station to play their demo tape and wind up holding everyone hostage with plastic guns when the station manager refuses to let the DJ interview and play them.