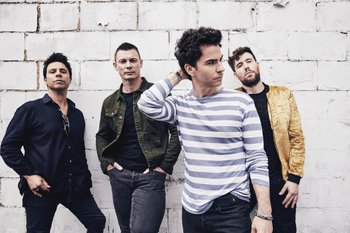 Stereophonics is a long-running Welsh rock band formed 1992 initially as a rock trio formed by vocalist and guitarist Kelly Jones, bassist (and not family related) Richard Jones and drummer Stuart Cable, with the former two being the only remaining original members of the band.

Since the release of their debut album Word Gets Around, the band became one of the most successful bands in the UK, with eleven released studio albums, seven of which cracked the number #1 spot in the UK Album Charts, and various top 10 singles, with their biggest hit, "Dakota" hitting #1 in the UK Single charts, as well reaching the Top 40 in the Alternative Charts across the pond.