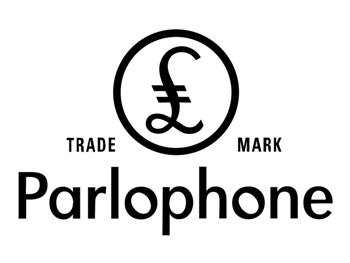 , a company best known as the home of The Beatles before they started their own Apple label, is one of the oldest and most respected names in the music industry.

Parlophon (as its name was originally spelled) was founded in 1896 by Carl Lindström, a Swedish inventor living in Berlin. (The label's logo is a German "L" for Lindström, but is often mistaken for the British pound note symbol.) The company originally manufactured gramophones, but eventually switched over to making records. In 1923, the label started a British branch (which is when the "e" was added). Around the same time, Parlophone became the European licensee for American Blues and Jazz label Okeh Records, allowing the company to add major performers such as Louis Armstrong and Bessie Smith to its roster. In 1931, Parlophone became part of the new EMI conglomerate, which put it under the same ownership as two larger labels, His Master's Voice and the European offshoot of Columbia Records.

In 1950, a young musician named George Martin became Parlophone's assistant manager, then assumed control in 1955. He had limited success with performers like Adam Faith, The Vipers and the Temperance Seven, as well as Recorded and Stand-Up Comedy acts like Peter Sellers (both as a solo artist and part of The Goon Show), Beyond the Fringe and Flanders and Swann, but Parlophone's sales still lagged behind Columbia and HMV. Then, in 1962, Martin auditioned a young group from Liverpool who had already been rejected by several other labels, a band with the unusual name The Beatles. Martin liked what he heard, and Parlophone (and the world in general) was never the same.

The Beatles' massive success allowed Parlophone to sign other British Invasion acts such as The Hollies, Billy J. Kramer and the Dakotas and Cilla Black, and Martin continued working with the Fab Four even after he left EMI to form AIR Studios in 1965. EMI temporarily stopped using the Parlophone namenote in England; the label continued in at least two countries, Australia and New Zealand after a corporate consolidation in 1973; when Apple soured in 1976, Parlophone was brought back for Beatles and Beatle-related reissues. In 1980, EMI reinstated Parlophone as an active label; artists signed during this era included Dexys Midnight Runners, Pet Shop Boys, Radiohead, Coldplay, Blur and Morrissey.

In 2012, after decades of mismanagement, EMI went out of business, and its recording assets were divided between Universal Music Group and Warner Music Group. Currently, Warner owns the Parlophone name and the majority of its catalog (as well as that of most other British and European EMI labels), while Universal has the Beatles' catalog, with permission to use Parlophone's branding where appropriate on remastered reissues (the disc labels of which are facsimiles of the original LP labels.note incidentally, Parlophone did almost the exact same thing with their own David Bowie reissues, but replaced all the original branding with renditions of Bowie's last name in the style of the old logos.) Soon after acquiring Parlophone, WMG allowed dozens of indie labels to acquire several artist catalogues from Parlophone and other Warner labels, primarily to soften consolidation triggered by the Universal merger.

While Parlophone continues as an active company signing new acts, Warner sometimes uses it to reissue EMI catalog artists who weren't originally on the label, such as The Animals, Hawkwind, Al Stewart and Pink Floyd. As with other Warner-owned labels, Rhino Records handles back catalog reissues for Parlophone.

Parlophone Records performers, past and present, with TV Tropes pages: