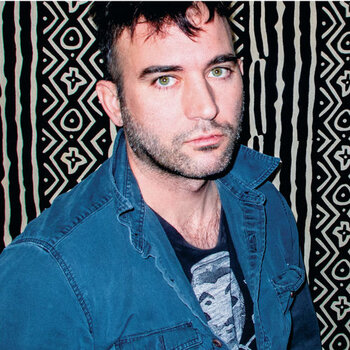 Sufjan Stevens (born July 1, 1975) is an American multi-instrumentalist, singer-songwriter and independent musician (born and raised in Michigan, now based in New York) beholden to no genre.

Early in his career, he was most famous for his albums about the states of Michigan and Illinois — featuring a mix of Folk Music, Baroque Pop, and Post-Rock — and for claiming that he planned to release similar albums for the other 48 states (a project he eventually scrapped and admitted was a "promotional gimmick"). Nowadays, he's at least as well known for Carrie & Lowell — a deeply personal and highly acclaimed album commemorating the death of his absent mother — and for his Oscar-nominated contributions to the soundtrack of the 2017 film Call Me by Your Name.

But more than anything, he's an artist who refuses to be pigeonholed, and over the course of a two-decades-long-and-counting career, he's released albums of straight folk (Seven Swans, Carrie & Lowell, A Beginner's Mind), electronica (Enjoy Your Rabbit, The Age of Adz, The Ascension), ambient (Aporia, Convocations), and orchestral/contemporary classical music (The B.Q.E., The Decalogue), as well as a handful of projects (A Sun Came, All Delighted People, Silver & Gold, Planetarium) which could perhaps best be described as "all of the above".

By the way, Snow Patrol got his first name wrong. It's pronounced "Soof-yahn", not "Suhf-yahn".

To the Workers of the Rock River Valley Region, I Have an Idea Concerning Your Predicament, and It Involves Tube Socks, a Paper Airplane, Twenty-Two Able-Bodied Men, and the Following Tropes:

...and I shake the dirt out of my sandals as I run.