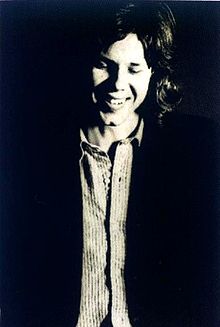 And now we rise, and we are everywhere.
Advertisement:

He never achieved popular success in his lifetime, and died tragically young at 26 from an overdose of antidepressants in an apparent suicide, but recognition for both him and his work grew considerably after his death, even with the small handful of works he was able to release before his death (some of which didn't sell more than 5000 copies upon release). Some of his best-known songs include "Things Behind the Sun", "Northern Sky" and "Pink Moon" (which exploded in popularity after being used for a Volkswagen Cabriolet commercial in 1999).

Nick was known for being highly reclusive, refraining from live performances and interviews (which has been said to have contributed to his lack of commercial success), to the extent that there is no known video footage of him as an adult — only still photos and footage from his youth. He also dealt with severe mental health problems, largely in the line of major depression (though at one point theorized by a therapist of his to be schizophrenia).

His big sister, Gabrielle Drake, is an actress, probably best known for TV's UFO. (Indeed, when Nick was alive, what little attention he did get from the press often referred to him as Gabrielle's brother.) In recent years, as Nick's reputation has grown, she has devoted a considerable amount of time to managing his music and seeing to the release of recordings that never made it onto his albums. She can be heard singing on his posthumous Family Tree, as can their mother, Molly. Molly Drake was a singer and songwriter as well; though she apparently never intended to release any of the recordings she made in the 1950's, in 2013 an album of her music, Molly Drake, was released. Joe Boyd, Nick's producer, called Molly's music "the missing link in the Nick Drake story."

Tropes present in the work and life of Nick Drake: