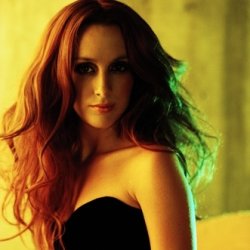 Siobhan Emma Donaghy (born June 14, 1984) is an English Singer-Songwriter and sometime actress. She was in the first lineup of Sugababes from 1998 to 2001. She attained four top-30 singles and a Gold album (One Touch) with Sugababes before leaving due to tensions in the group (she acknowledged it was due to rowing between her and Keisha Buchanan). While at the time she covered it up by stating she wanted to pursue a career in fashion design, it was revealed she had been diagnosed with clinical depression from being "bullied" during her time in the band.

In 2003 she made the decision to stay with London Records (the label who dropped Sugababes in 2001) and wrote, recorded and released an album based on her experiences within the group and the depression she experienced afterwards. Called Revolution In Me, it spawned a top 20 UK single entitled "Overrated". However, the album only peaked at #117 and she was subsequently dropped from the label.

In 2007 Donaghy was signed to Parlophone Records after travelling to France to record another album entitled Ghosts. While Revolution In Me was a left-field pop album, Ghosts was outright experimental and avant-garde. Released in June 2007, it received excellent critical reviews and improved media attention and promotion but only did marginally better than its predecessor commercially, peaking at #92. Donaghy said it was because of a production line error that confused shop owners. She was dropped from Parlophone in 2008. During that time she appeared as Mimi in the West End revival of RENT.

In 2009 Donaghy quit music to take up a position at Storm Model Management, but the prospect of making another album proved hard to resist, and later that year she was back in the studio. However, plans for her third album were shelved in 2011 when she met with Mutya Buena (who she maintained a positive relationship with) and Keisha Buchanan before reforming as Mutya Keisha Siobhan and working on an album together.

She married Chris McCoy in January 2013.