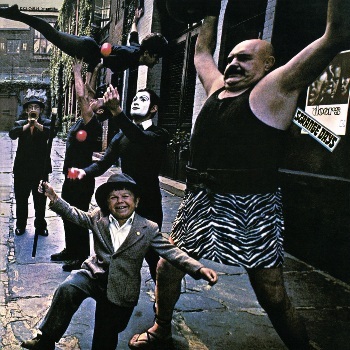 "People are strange when you're a stranger/Faces look ugly when you're alone..."
"Music is your only friend..."
— "When the Music's Over"
Advertisement:

Strange Days is the second studio album by The Doors, released in 1967. It is best remembered for the hits and fan favourites "Strange Days", "People Are Strange", "Love Me Two Times" and "When The Music's Over".

The film takes its name from the title song.