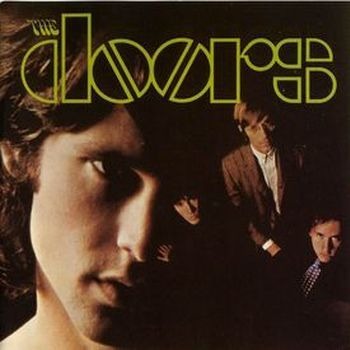 "You know that it would be untrue/You know that I would be a liar/If I was to say to you, 'Girl, we couldn't get much higher'..."
Advertisement:

The Doors is the debut studio album by The Doors, released in 1967. A landmark Psychedelic Rock album, it is also their most successful, influential and notable album. Hits include "Break On Through (To the Other Side)", "Soul Kitchen", "Light My Fire" and "The End". An episode about the creative process behind this album was featured in the documentary TV series Classic Albums. It was added to the National Recording Registry in 2014 for being "culturally, historically and aesthetically important".