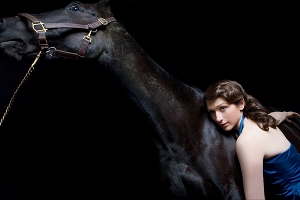 Shara was raised outside Detroit by a family of musicians (mom was an organist, and dad played accordion) and she studied multiple instruments while growing up. She pursued an Opera degree at University of North Texas, and later studied composition under Padma Newsome (of Clogs and The National). Shara first began attracting attention when she performed in Sufjan Stevens’ backing band, and was an opening act for Sufjan’s Illinoisemaker tour. Her debut album was released not long afterwards.