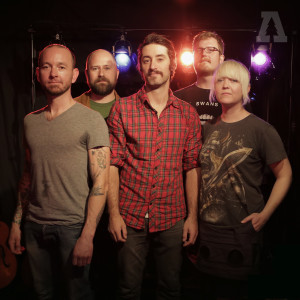 The band, from left to right: Dagan, David, Adam, Matt, and Sarah
Advertisement:

Murder by Death is an Indie/Rock/Folk/Country/Goth band from Bloomington, Indiana.

Their members are as follows: