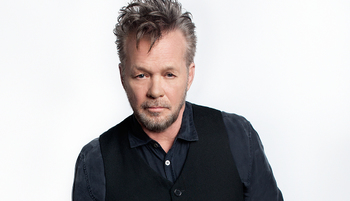 Active since the 1980s, he is known for his unique brand of rock music, making heavy use of traditional instruments, with a focus on rural and country life. In 1985, Mellencamp, together with Willie Nelson and Neil Young, created Farm Aid. He also holds the record for the most tracks by a solo artist to hit number one on the Hot Mainstream Rock Tracks chart (seven), and has been nominated for 13 Grammies, successfully winning one.

"Little tropes about Jack and Diane...":