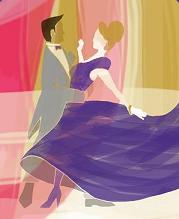 He's a prince, but is he charming?
"I pity the poor girl who has to marry you."
—Princess Anastasia

"Prince Charming" is a short story by Harma Mae Smit.

He’s a prince — why shouldn’t he turn out to be a spoiled brat? While appearing charming to all the girls of the kingdom, Prince Dmitriv is really an irresponsible flirt who won’t settle down. The king needs an heir who will grow up and take care of the kingdom. What’s the solution? A royal ball, of course.

Princess Anastasia is doubtful, knowing her younger brother too well. But to her surprise, the prince does meet a girl who’s different from all the others. But what’s this? A wicked stepmother, and several stepsisters? If there’s a girl who can ever learn to put up with the prince’s self-centeredness, her past may ruin this romance — and the ball! — before anyone gets a fairytale ending.