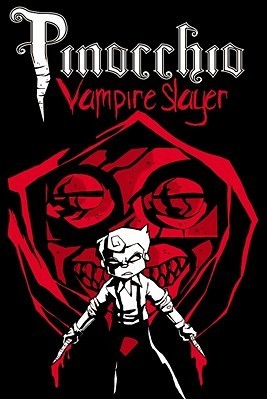 Pinocchio, Vampire Slayer is a 2009 comic book series that was written by Van Jensen along with artwork by Dusty Higgins and it involves everyone's favorite puppet Pinocchio fighting vampires!

When Pinocchio's father Geppetto is killed by a group of vampires, Pinocchio makes it his goal to destroy all the vampires in the world. Meanwhile, vampires are trying to take over the world and enslave all of mankind and the only one who could defeat the vampires is Pinocchio himself, as his wooden nose is capable of killing vampires.

As the title suggests, this comic book was inspired by Buffy the Vampire Slayer.