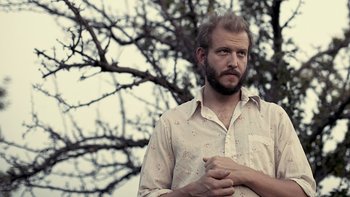 Bon Iver is an indie folk semi-group comprising of singer/songwriter/multi-instrumentalist Justin Vernon (b. April 30, 1981) and whoever he has on hand at the moment. The name is a slightly Anglicized version of "bon hiver", French for "good winter", which Vernon heard from an episode of Northern Exposure.

The story behind Bon Iver's inception is now considered legendary. After undergoing a band breakup, a relationship breakup, and a bout with several illnesses all within a short time, Vernon retreated to his father's cabin in Wisconsin, frustrated with his music and his life. Initially just planning to isolate and recuperate, he began recording demos for an album, planning to rerecord them later.

When he sent the demos to friends and record labels, however, they told him almost unanimously that the songs should be left as they were, so he self-released the demos as the album For Emma, Forever Ago, signing with Jagjaguwar Records later that year after a few performances and some online exposure.

On the heels of the album's success, Bon Iver has set out on a tenure of music that's widely known as the soundtrack for lonely, melancholic winters, although the acoustic folk sound this mood is associated with has given way to experimentation transmuting it through more ambient, glitchy, and electronic processing.

Vernon also lent his folksy sound to the role of Orpheus in Hadestown. He and The National's Aaron Dessner make up the group Big Red Machine.