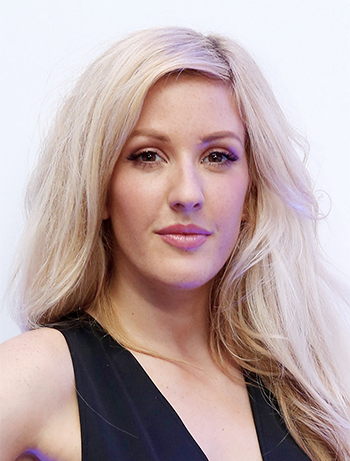 You show the lights that stop me...
Advertisement:

Elena Jane "Ellie" Goulding (born 30 December 1986) is a British singer-songwriter. She first started playing the clarinet at age 9, learned guitar at 14 and got into songwriting soon afterwards. After spending two years studying at the University of Kent, she took a gap year to focus on singing. Originally interested in making folk music, her meeting with electronic record producer Starsmith broadened her sonic horizons, and his influence was greatly left on her debut album Lights.

Her follow-up album, Halcyon, went farther away from the folktronica tag that was slapped on her first album, creating epic electronica soundscapes that were widely regarded as an improvement from her first album. It also contained a few forays into Dubstep, likely thanks to her then-boyfriend Skrillex.

Her third album, Delirium combines all the elements that came before: Several songs have folk influence, some have electronica soundscape while some have element of mainstream pop music.

Ellie is a featured vocalist on: