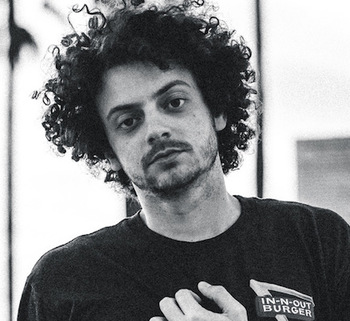 Born in New Jersey in 1993, Jordan moved to Toronto, Canada at age 3. He attended school there and was enrolled in various primary and secondary schools before he decided that school wasn't for him and dropped out. After doing so, he moved to Los Angeles to pursue a music career.

In 2016, he released "Bills" and "Bury Me Face Down" which went on to garner millions of streams online. Jordan signed to his first record label, RCA Records, in 2017, releasing more singles such as "Best Friends" and "Kiss Bang".

Jordan exploded in popularity in 2018, with the release of "Blood//Water". The single went on to be featured in numerous commercials, TV shows and even the Billboard Charts. In the same year, he signed with Fueled by Ramen and continued to release singles and eventually his first EP, a modern tragedy vol. 1, in June 2018.

This artist provides examples of the following tropes: